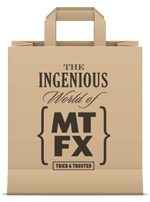 We have a huge range of confetti cannons, confetti blowers and confetti spinners so we can create the perfect confetti effect no matter what you’re looking for.

For example, a large Master Blaster or Stadium Shot Confetti Cannon is perfect for a summer festival or sporting event because they create a dramatic confetti or streamer explosion. A T Shirt Gun is great at celebrations and product launches. On the other hand, a confetti spinner creates a romantic confetti effect and is virtually silent so it’s ideal for a ballet.

You can dry hire our confetti cannons, confetti blowers and confetti spinners, which means you can operate them yourself. Alternatively, you can also hire the expertise and support of our experienced confetti and streamer crew.

Here is a snapshot of our range of confetti cannons, confetti blowers and confetti spinners. If you don’t see what you need or aren’t sure what you want, get in touch.

A single shot CO2 fired confetti cannon holds up to 500g confetti per tube and will fire confetti, glitter or streamers 6 – 8 metres.

An electrically fired confetti cannon, which holds up to 1kg confetti per tube and has a range of 8 – 10 metres.

A simple to use electric confetti blower that will blow a continual shower of confetti or snow 6 – 8 metres.

A small confetti spinner holds up to 2 kgs of confetti or glitter and will cover an area approximately 2 – 4 metres in diameter for 1 – 2 minutes.

An extra large confetti spinner holds up to 6 kgs of confetti or glitter and will cover an area approximately 5 – 7 metres in diameter for 2 – 3 minutes.

Small Master Blasters throw confetti and glitter up to six metres in to the air continuously for approximately 20 seconds.

Large Master Blasters throw confetti and glitter up to 20 metres in to the air continuously for about a minute.

Extra Large Master Blasters throw confetti and glitter up to 20 metres into the air continuously for about 90 seconds.

Contact the MTFX team to discuss which your Confetti needs.

Ingenious? Get in touch

MTFX - Read all about it

See what MTFX have been doing recently

It’s not always about deep, heavy snowfall when it comes to producing snow effects for TV productions and video/photo shoots. Effects can vary from brief to brief. We’ve created snow storm like conditions where wind equipment is brought in to the equation. We’ve produced Calm “after the storm” scenes with the use of snow candles and snow banks to create a windswept look. Just as commonly, clients require the need for a light snow or frosting effect. This is especially fitting for the United Kingdom, where realistically, we don’t see a lot of real snow.